Kerala - 'The God's own country' is blessed with various art forms. The art forms of Kerala are classified into groups as* Kerala - Classical Art Form, * Kerala - Folk Art Form,* Kerala -Fine Art Form,* Kerala - Temple Music Form.The unique art forms of Kerala include/ Koodiyattom-: in which Chakyar is the main actor who performs the ritualistic Koothuand attam inside the temple or in the Koothambalam/Kathakali –which is a combination of five elements of fine art: such as Expression, Dance, Enactment ,Song and Instrument/ Ottanthulal-: A single actor wears colorful costumes, while reciting thullal (dance songs), all the while acting and dancing/Mohiniattam-:The term comes from the words "Mohini" meaning a woman who enchants onlookers and "aattam" meaninggraceful and sensuous body movements and Chakyar Koothu in which Koothu" means dance - which is a misnomer, since there is minimal choreography involved in this art form; facial expressions are most  important/ Margam Kali[the subject  usually is the arrival of Mar Thoma and his efforts to convert other people to Christianity in Kerala/Oppana[generally presented by females, numbering about fifteen including musicians, on a wedding day. The bride dressed in all finery, covered with gold ornaments is the chief spectator who sits on a peetam, around which the singing and dancing take place. While they sing, they clap their hands rhythmically and move around the bride using simple steps. Two or three girls begin the songs and the rest join in chorus. It is usually practised by the Muslim community/ Sopana Sangeetham is a form of Indian classical music that developed in the temples of Kerala in south India in the wake of the increasing popularity of Jayadeva's Gita Govinda or Ashtapadis.The word Sopanam refers to the sacred steps of main shrine of a temple and Sangeetham refers to music/Carnatic music dominates Kerala traditional music which was popularised by Swathi Thirunal Rama Varma in 19th century. Panchavadyam is a different form of percussion ensemble in which hundred of artists use five different types of instruments and the performance may last for four to five hours.Thrithayambaka is a trio chenda performance, supported by other itantala (treble) and valanthala (bass) chenda and ilatalam cymbals. 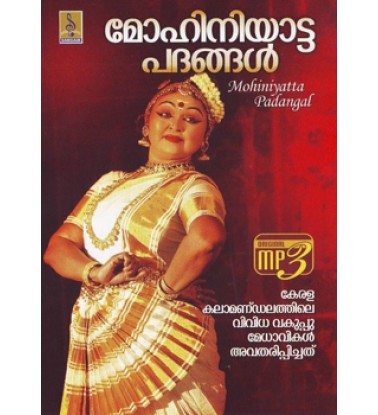 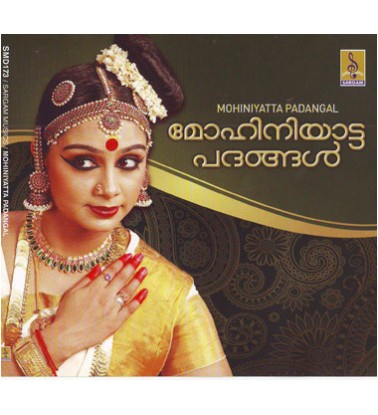 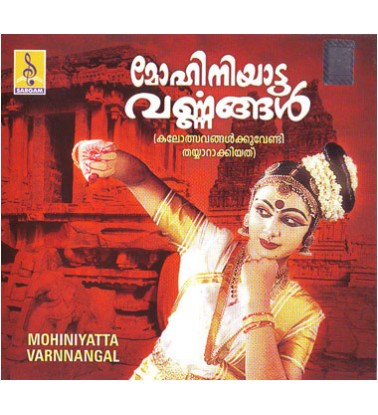 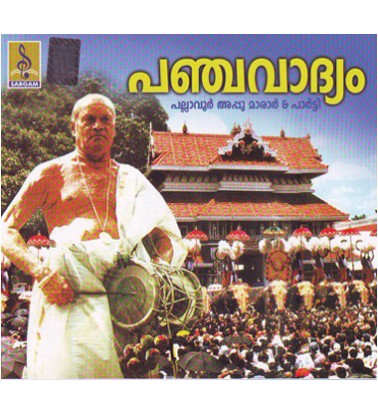 Pachavadyam  is an instrumental music played by using five differents instruments they are Iday.. 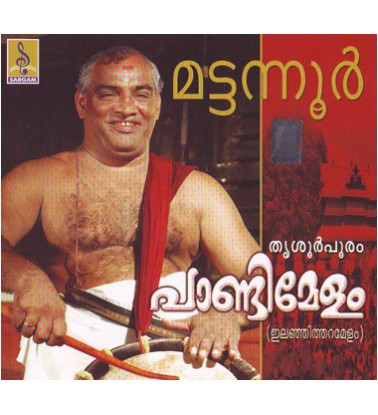 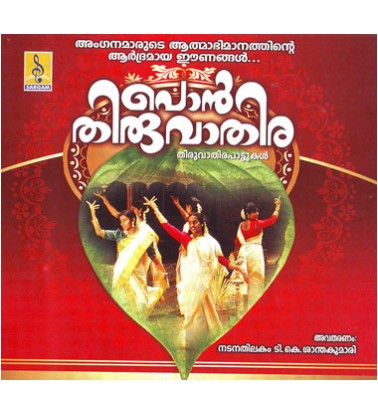 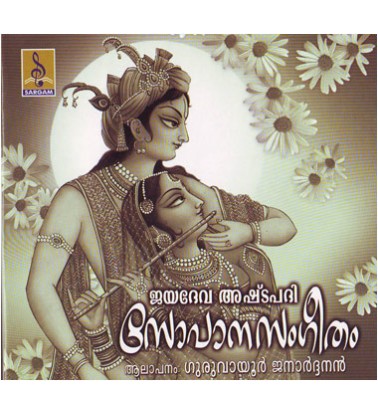 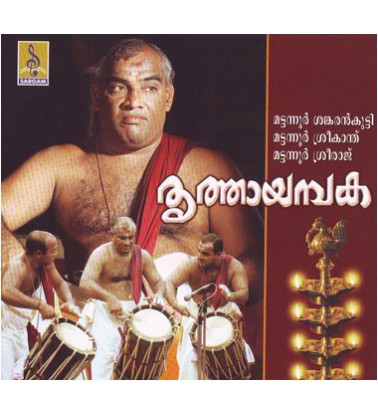